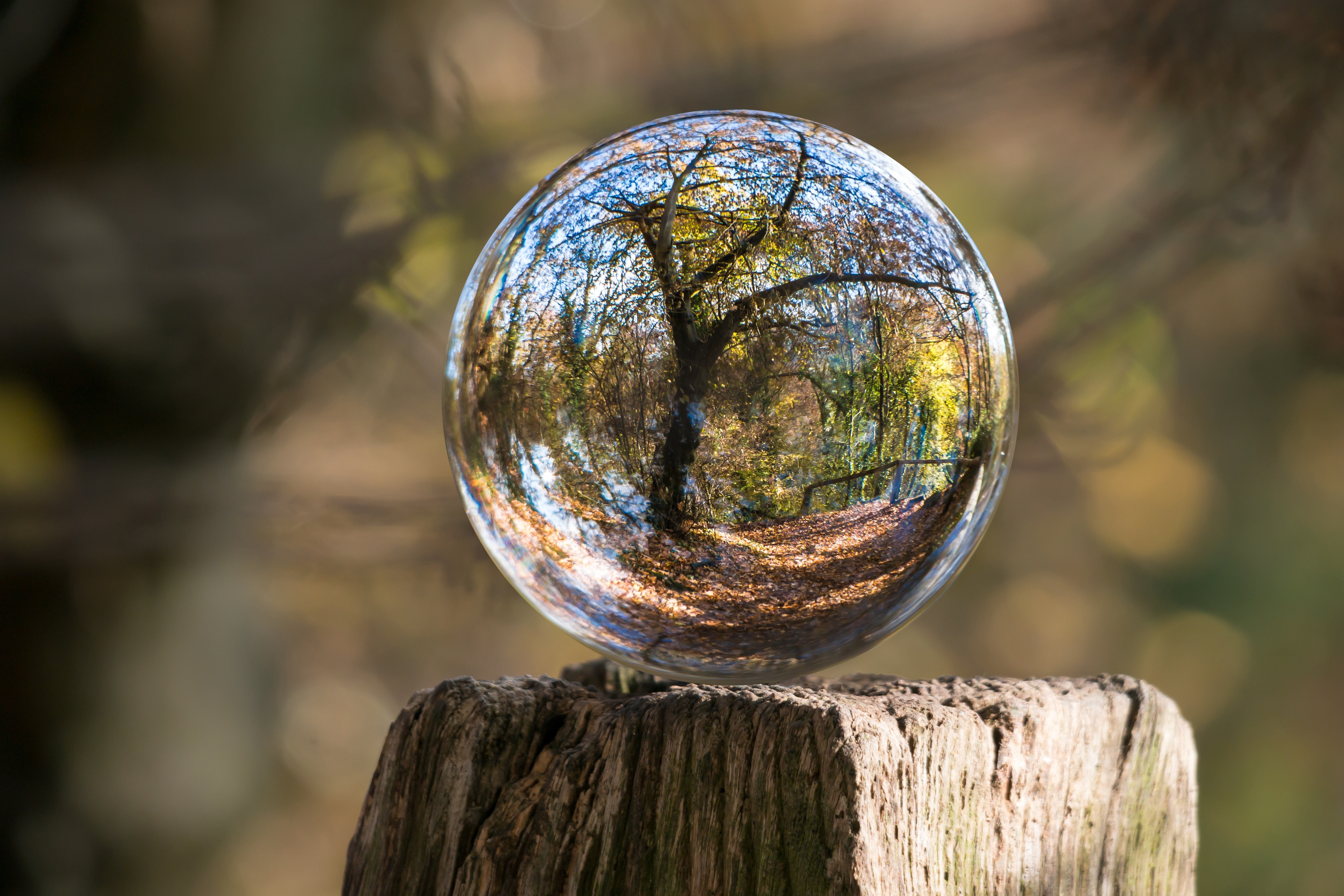 Even as carbon mitigation actions gain steam, water continues to be ignored in our climate change mitigation. While we experience climate change impacts through water - floods, droughts - the conversation never covers the impact on water quality. I won’t bury the lede here, there is a direct link between climate change and water contamination shock. The quicker we pay attention to it, the sooner we address the issue.

Achieving carbon neutrality and carbon savings targets have driven most of the conversations around climate change, with very little attention given to a much deeper potential fallout of climate change: the impact on water quality. Discussions around this topic have been mostly anecdotal, with very little evidence presented as to whether or not climate change affects water quality and the overall resilience of water systems. What we do know is that water supply sources (rivers, lakes, groundwater basins, etc.) are already under pressure due to over-allocation, suffering from reduced water quality, and are often not in the right condition to support resident animal species. Climate change is predicted to exacerbate current challenges to water systems but what proof (empirical) exists in this regard, and how can water utilities and other stakeholders prepare for a resilient future of water? We systematically explore three key questions that need to be answered in preparing for a resilient future of water, pulling together what we know about climate change and water quality, drawing on both scientific and non-scientific evidence.

Is there a link between climate change and water quality?

Scientists have empirically recorded links between seasonal and episodic climatic events and an increase in dissolved organic carbon (DOC), which causes coloring in water, taste, and odors. Other researchers have recorded record-breaking harmful algal blooms and more frequent impacts on surface water, which is attributed to climate change. These changes alter weather patterns and variability, which is one of the causes of severe water shortages and there are indications that we would see more of these. Yet there is little evidence presented on how climate change directly impacts the occurrence of contaminant shocks. There is no established metric for relating water-quality extremes or contaminant shocks, their severity or their occurrence directly to climate change, rather there can only be projections and attributions of the occurrence of climate extremities to reductions in water quality.

Examples of linkages between climate change-led events and water quality reduction are:

These studies among others have shown strong links between climate change and water quality across different scenarios and geographical locations. But which came first? Is climate change the cause and contaminant shock the effect? Or vice versa?

Water researchers have long argued that seasonal periods of high rainfall cause elevated Dissolved Organic Carbon (DOC) levels at treatment plants, leading to disruptions in water treatment processes. But the question that is often left unanswered is whether these high rainfall patterns (-or the lack of it i.e. droughts) are climate-change induced.  Some authors offer that frequent droughts in summer, as well as flash-flooding resulting in uncontrolled discharges from urban areas into receiving water courses/estuaries, are possible climate-change induced scenarios. However, the focus of most studies is on water quantity impacts (e.g., water shortage, flooding, and droughts) rather than on changes in water quality. More recently, researchers have also been sounding the alarm about the cause and effect relationship between climate change and water quality deterioration, especially in the following areas:

If, as the research above shows, why are we not paying as much attention or highlighting even as we sound the horn about carbon mitigation? Is it because the impacts are disproportionately felt by the most vulnerable in our society?

Why Don't We Talk More About The Link Between Climate Change and Water Quality?

The Flint water crisis felt like a turning point for US water utilities, and the Michigan Civil Rights Commission, a state-established body, concluded that the poor governmental response to the Flint crisis was a “result of systemic racism.” The question thus lingers: “Are socio-economically disadvantaged members of our population more vulnerable to climate change-induced water quality deterioration?” A 2019 report by UN Water, highlighted that securing water for communities is critical for poverty reduction, reinforcing earlier empirical associations between poorer drinking water quality and poverty, race/ethnicity. Is there a plausible argument that minorities and socio-economically disadvantaged communities are mostly affected by the contaminant shock caused by climate change? Here are few cases that support this possibility:

Recognizing that social inequalities often mean that low-income and/or minority communities are more prone to contaminant shocks, climate change should now be considered an issue of environmental justice and prioritized for policy and innovative actions.

How Do We Change What We Can't Measure?

Unlike the reporting and metrics that enable us to measure 'carbon reduction' in power, transportation, and other energy sectors, “carbon offsets” cannot be effectively used in measuring the impact of climate change on water quality. Most water systems are not resilient (ability to recover from shock, contamination shock in this case) enough to withstand the increasingly negative effects of climate change on the quality of the water we drink, hence alternative metrics are being developed to aid proper measurement.

One of the suggested methods for measuring the resilience of water systems is the ability to track the effects of increasing air temperatures on the overall water quality. Another method that can be used is bt designing demand and reliability trackers that can forecast demand and supply scenarios, ensuring that the water system does not suffer downtime or overproduction. Other measures recommended by the Irish Environmental Protection Agency’s Draft Climate Change Sectoral Adaptation Plan is the implementation of a program of monitoring to understand the performance of a subsystem within the overall water system (e.g. in-river water quality). The agency suggested the inclusion of numerical modeling to predict the impacts of climate change on water systems, which is one of the competitive advantages of one of the leading US firms at the forefront of innovation in the area of tracking water system behavior and predicting operational issues. Future water utilities will have to measure and track their performance to understand their resilience state.

The power sector has witnessed first-hand the reality that fighting climate change is futile, with Texas struggling to restore power to millions during the Arctic blast, which left millions facing freezing temperatures due to frigid weather. Unfortunately, US water utilities will face similar climate-induced shocks. This is where the CCRF framework developed above comes in. Climate change is not something we can “fight” (and we need to stop framing the work that needs to be done this way) rather we recommend building resilience into water systems in order to mitigate the impact of shocks to the water system.

Agility: The water utility can no longer wait for weeks to identify water contamination issues or have to spend endless man-hours troubleshooting systems to locate the site of contamination or the nature thereof. The future utility, which is resistant to climate change, will be agile, having real-time monitoring and visibility systems, and to predict future quality issues based on historical data.

Accessibility: The future of utilities must be such that water quality information must be accessible, unambiguous and affordable to the average user. Every user must be able to have access to the water quality data at an inexpensive rate, irrespective of their socio-economic background**.** Information such as where their drinking water comes from, how recent climatic events have affected water quality or Trihalomethanes (THMs) in water must be explained in lay language that ensures that no user is left behind in water quality communication.

Resilient: Early warning systems will be critical to the future water utility, as well as the ability to respond quickly and independently to shocks. The future water utility will retain functionality during climate change induced events, and will not necessarily improve water quality but must be able to report accurate water quality data despite shocks to the system.

The Overseas Development Institute in their research on “Climate change, water resources and WASH” recommended adaptation planning via defining and identifying adaptation interventions, and means of implementing such interventions. The CCRF is unique in that it does not deny the existing vulnerabilities and water quality issues resulting from climate change, rather it presents water utilities and users how to cope with the shocks to the system. The New York times recently identified that while systems have been innovating to handle shocks, the wild and unpredictable weather linked to global warming will very likely push utilities beyond their limits. This is true of the US water utility, especially in the face of declining water quality over the last three decades.

Water systems have to accept that climate change affects water quality, and by using the technologies available in the market today, utilities have to become agile, adaptable, and resilient against climate-change-induced shocks to the system. What we realized as we dug through the information out there is that we, societally, do not have enough data on the link between water quality and climate change. Perhaps our approach to climate change and water contamination needs to move from combative to harnessing data to understand how we can build resilience into our water systems to ensure we can consistently provide clean water and avoid contaminant shocks. And, somehow, the water utility industry as a whole must find a way to amplify this clear link, and hitch our wagon to the ongoing amplification carbon reduction conversation, so that the necessary resources to ensure we tackle the issues can be brought to bear to address the greatest risks we currently face in this our lifetime.

The Problem With Data Silos in Water Utilities, Varuna Solves It. →